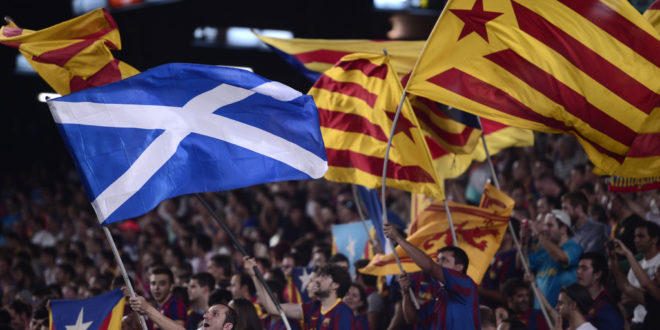 Are Madrid’s actions in Catalonia acceptable?

A quick perspective on Catalonia

WHAT HAPPENED THIS MORNING

Around 10 a.m., to be sure that any important -and maybe sleepy- politician is undoubtly at work, the Civil Guard, militaries with police competences, came inside the Catalan Government building and arrested 14 members of the local administration. Ada Colau, major of Barcelona, and Carles Puigdemont, governor of Catalonia reacted strongly: “unbelievable scandal”, said the first; “we will vote the referendum anyway”, added the second. Could be of some relevance that the name given to the police action is “Anubi”, the name of the ancient Egypt Death God.

This is not the only strong action that took place this morning: effectively, will probably have even a wider impact the confiscation of about 80% of the envelops of convocations printed and ready to be sent to the voters. The militaries, in fact, have found the private post agency that printed all those vote-calling cards.

That is not all: 10 millions voting papers have been sequestred by the Guard. To have an idea of the amount of the papers, let’s say that all those papers are more than the double number of people allowed to vote  the referendum of October 1st.

Outside the CUP‘s head office, a left-wing party in Barcelona, hundreds of people are seated on the ground trying to avoid the irruption of the police, that is probably going to happen. The forces of order and law are just waiting Madrid’s confirmation to break in. The volunteers into the building are passing to the people on the road some independentists propaganda depliants.

In Valencia, meanwhile, as like as in Vigo, A Coruña, and other cities in Galicia, are going to be arranged protests against the decisions and the consequential actions of the Spanish Government. In Terragona is announced a big manifestation at 20,00, to protest in front of the Madrid’s Government head offices. The FCBarcelona wrote a note in which expresses all the support to the “will of the majority of Catalan people”.

Catalonia has got a population of 7,5 million people (circa). This number pone the region in between Denmark (5.6 million) and Austria (8,5 million). These two country were taken as a reffering of what Catalonia could become after its indepence by the former Catalan president/governor Artur Mas in 2015.

Speaking of numbers, and not only, it would be more accurate to have a look to the resemblance of Catalonia to Bulgaria, a country of 7,3 million people and fresh of entering in the EU (2007). The same entering progress should very much likely intended to be achieved by the suppose new country. The new State would be large 32,000 square km, about the same size of Moldova and a bit more than Belgium.

The Gross domestic product of Catalonia would shortly reach the number of the Portoguese GNP, according by population and industrial data provided by the economic office of the Generalitad.

MILLIONS PEOPLE NEED TO BE RESPECTED 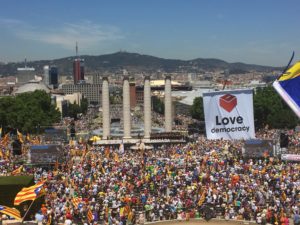 Millions people want a new independent state into the European continent. They must be listened and considered. Millions people deserves respect. Respect for the fighters, rather than indagate the rightfulness of the cause. In Spain it very much looks like there’s a lack of respect that raises itself in favor of the cause of the independence. Madrid Government showed nothing but all its fear by arresting not violent members of the Catalan local Government. 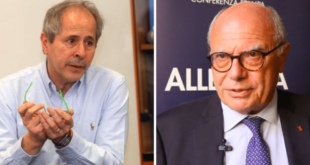 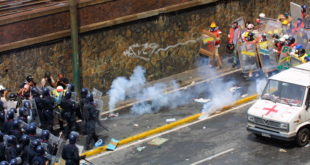 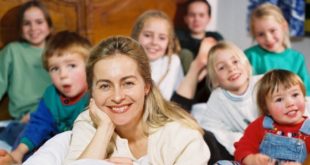