Ultime notizie
Home / Affari di Palazzo / Esteri / Our defy to Financial times (who is the barbarian?)

Our defy to Financial times (who is the barbarian?)

Following the last unjustified and barbaric attack conducted by the foreign press against Italy, it’s time to raise our heads.

The mafious-financial messages sent in proximity of important events of Italian politics have arrived punctual as the physiological needs.

The intent, likeas the most classic warning of criminal organization, is to intimidate in a terrorist way the public opinion on the presumed catastrophic consequences to a democratic given political choice. Here are some historical examples. “Italy needs radical reforms, but Berlusconi,  just in theory a liberist, has done nothing“, so the Economist in 2006 just before the fall of the same government. “Berlusconi has disappointed us … he turned out to be a corporate enemy of the Free Market“, this was the Wall Street Journal in 2008.

Today it is the turn of the british Financial Times that so titled an anonymous article: “Rome open its gates to the modern barbarians“. In the following editorial comes out the worst disdain that the anonymous journalist feels for those poor Italian losers (just a few million) who gave their vote to the Northern League (described in a wrong way as a “far right party”) and the 5 Star Movement.

The journalist can not understand how this abstruse right to vote may have been exercised in a such irresponsible way, now giving the two movements the right to implement their irresponsible programmes. It is perceived that the journalist, if he had the right, he would try to subvert the Italian electoral result in some way, thus delivering the country to people considered more responsible for his opinion. A sort of remote control of democracy. Thanks God the anonymous of the FT is a simple journalist and not a politician, otherwise he would have turned the clock hand of history back a few years ago, until returning to the era of empires, when London decided the fate of the population of Bengal, Nairobi and so on.

Talking about empires, the FT accusation makes us smile. The headquarters of this financial newspaper is in fact beyond what was once known as Hadrian’s Wall. A wall built in order to divide ours civilization, from them, the barbarians. But let us summarize briefly over their barbarism. After spending an ancient history in the anonymity of tribes devoted to looting, rape and other not very noble habits, the British have then “evolved” with reigning dynasties marked by blood. Bloody Mary is, not surprisingly, their product, as the feminicide Henry VIII. Great Britain then distinguished itself for the dominance of the seas conquered thanks to pirate actions, almost terroristic, against the European fleets.

The macabre violence is the hallmark of a country that, first in history, took a king to the streets to behead him. Perhaps fed up with this fierce self-harm, the British, unable to detach themselves from this sadistic nature, decided to export it. Needless to dwell on telling that horrendous world crime known as British colonialism. Physical and economic plunder of uncontaminated countries, slavery, submissions and so on. This sense of macabre and violence still remains in british society through the celebration of crazy festivities. Not only Halloween. On 5th of November in Great Britain people have the custom of burning a dummy to remember the death at the stake of Guy Fawkes. A national celebration.

There is no need to add anything else to this brief historical excursus, except that, we are tired of the umpteenth attempt of interferencing in national affairs, and so we challenge the anonymous journalist of the FT to a duel. Be kind to accept the fight to show the world the existence of a gentleman’s soul behind this spirit that is truly barbaric. The choice of the weapon, the time and place, is left to him, otherwise it will be the shame. 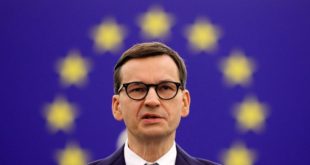 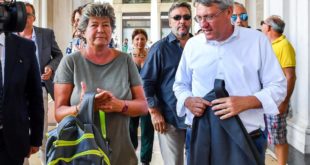 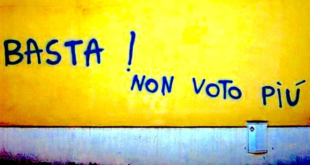 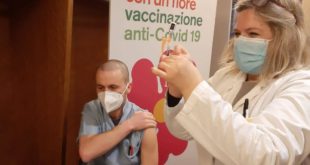